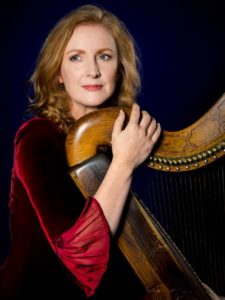 Join Dr Siobhán Armstrong on Culture Night for this engaging, illustrated online talk to explore the sound world of Kilkenny in the late 1500s

Presented by Dr Siobhán Armstrong, Ireland’s foremost expert on sixteenth-century Irish music, this engaging, illustrated talk will enable you to explore the sound world of Kilkenny in the late 1500s, when the Tudors held sway over most of Ireland. Hear some of the oldest surviving traditional Irish music, and discover the rarely heard songs and dances that would have entertained Sir Thomas ‘Black Tom’ Butler, the 10th earl, and his cousin, the English queen, Elizabeth 1st.

Siobhán Armstrong is a musician, researcher, lecturer, coach and mentor. As a harpist, playing historical repertory on reconstructions of medieval to baroque harps, Siobhán performs and records with many of Europe’s most prestigious early-music soloists, orchestras and opera companies, and also collaborates with some of Ireland’s best-known traditional-music performers. She is the founder-director of The Historical Harp Society of Ireland, spearheading the rediscovery of Ireland’s ancient harp, strung in brass wires. In 2014, she located a ‘lost’ historic Irish harp, and in 2016 she commissioned the first ever 3D-laser scan of a musical instrument at The National Museum of Ireland. Her PhD thesis (Middlesex University, London, 2021, forthcoming) concerns early-Irish-harp performance practice. Siobhan has begun a recording series to document music in Ireland 1500 to 1800. The first in the series has now been released: Music, Ireland and the Sixteenth Century on Destino Classics, UK (produced with generous funding from the Arts Council Music Recording Scheme, managed by Music Network). Siobhán is the author of Singing to harp accompaniment in medieval to early modern Ireland, in The Oxford Handbook of Irish Song (Oxford University Press, 2022, forthcoming). www.siobhanarmstrong.com