Spring Lecture Series at Kilkenny Castle: The Role of Women in Medieval Ireland 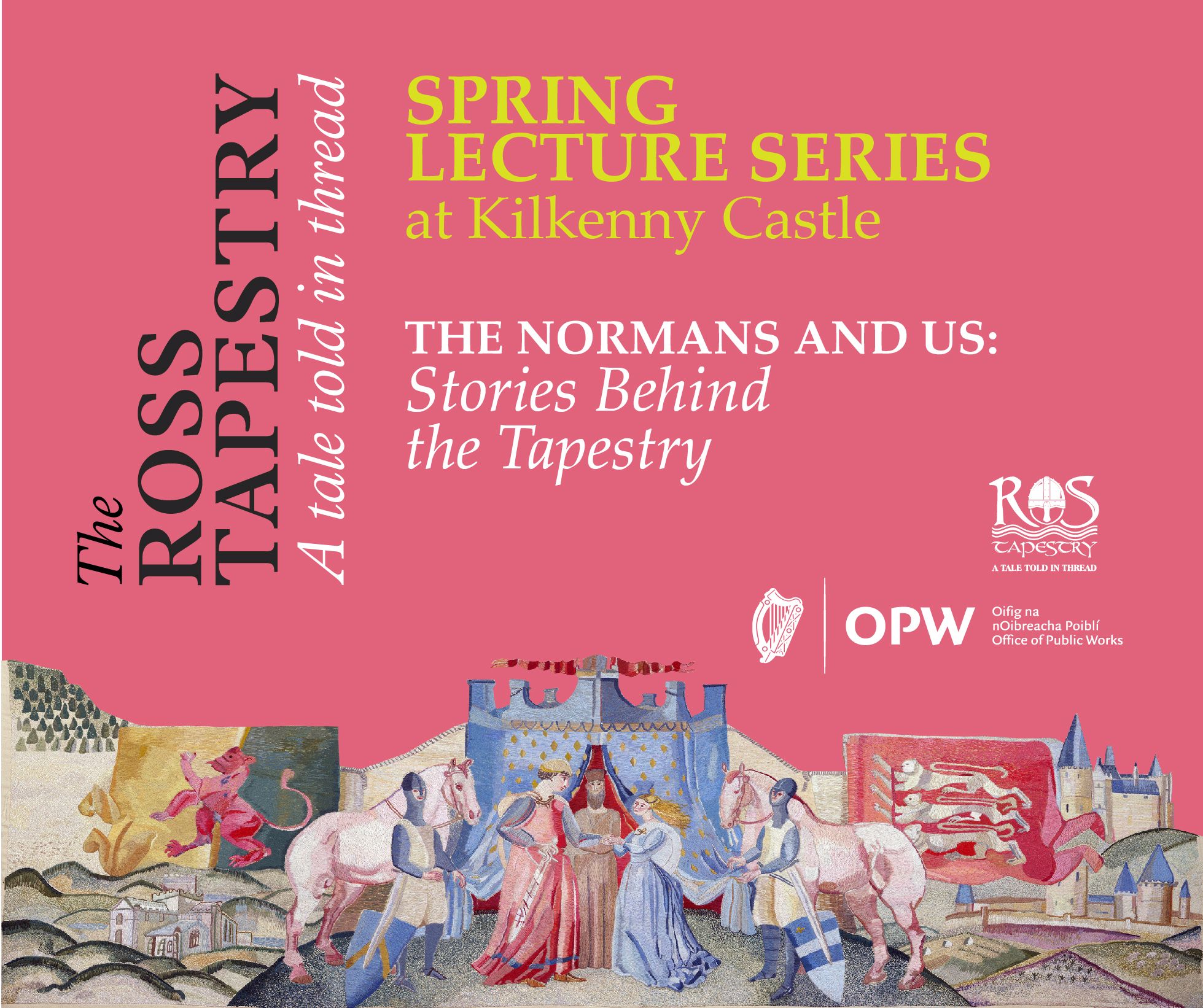 This lecture series is delivered by New Ross Needlecraft Ltd (Board of the Ros Tapestry) in partnership with the OPW in Kilkenny Castle.

As we mark the Anniversary of 1922 and the transfer of power from Britain, it is opportune for us to look back behind the stories depicted in the Ros Tapestry to the beginning of this period in our history. This year is also the 850th Anniversary of King Henry II’s visit to Ireland and extended stay in Wexford from October to April in 1172. Henry’s visit asserted his reign in Ireland and set in motion many of the events depicted in the Ros Tapestry and beyond, right up to the current day.

Our first lecture, on 10th March, looked behind the The Siege of Wexford panel. This event was the precursor to the establishment of British rule in Ireland by Henry II. This evening’s lecture examines the Role of Women in Medieval Ireland through the The Marriage of Isabel de Clare and William Marshal panel, and will be followed on the 5th May by an exploration of our pre-Norman heritage and how it continues to inform present day Ireland. 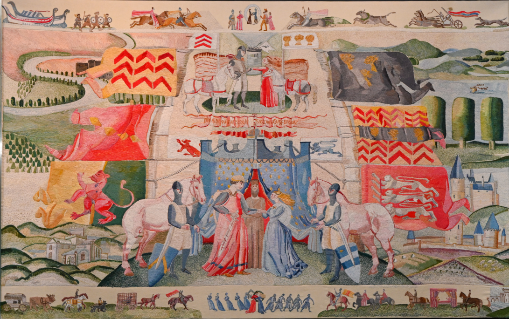