This 19th century mahogany staircase was designed and made by the local firm of Furniss & Son, Kilkenny and leads to the Tapestry Room and first floor. The use of mahogany in domestic furniture, which is so synonymous with the Grand House, is virtually unknown before the 18th century. Most of the wood imported came from the Jamaican Plantations which were cleared in order to plant sugar cane and cotton. During the 19th century this staircase was hung with several beautiful tapestries from the Decius Mus suite, some of which are now housed in the Tapestry Room. Duchess of Cleveland & Countess of Castlemaine

Daughter of Lord Grandison. After an affair with Philip Stanhope, 2nd Earl of Chesterfield, in 1659, she married Roger Palmer, Earl of Castlemaine. Established as Charles II’s mistress during the Restoration in 1660, she bore him at least six children and was created Duchess of Cleveland in her own right in 1670. When she was granted lands in Dublin by the king, the grant was opposed by Ormond. The duchess was no friend of the Butler family because of her notorious affair with Lord Chesterfield, husband of Ormond’s daughter Elizabeth.

A heavily restored picture shows the sitter in shepherdess’s costume with a crook and lamb, it is said to have been commissioned from Lely in order to insult the queen, Catherine of Braganza, who had been painted in a similar pose by Jacob Huysmans.

The unknown sitter is depicted wearing a white dress with lace frills on sleeves, and a blue wrap. She is resting her left arm on a spinet. The basic details of the costume are identical to that worn by Mrs Sophia Tipping in the double portrait, Mrs Sophia Tipping with her daughter, Wilhelmina Salisbury, also painted by Hussey. An additional ribbon or two and a string of pearls are the only changes made. The handling of the folds, drapes and frills is also very similar, and typical of the work of this Cork-born artist.

Said to be a member of a Fitzgerald/Fitzmaurice family from the Cork area. The sitter wears a fine blue velvet suit, a hat on the table behind him. Based on costume details, a date of c. 1750 is suggested. A well-painted portrait in typical Hussey style. 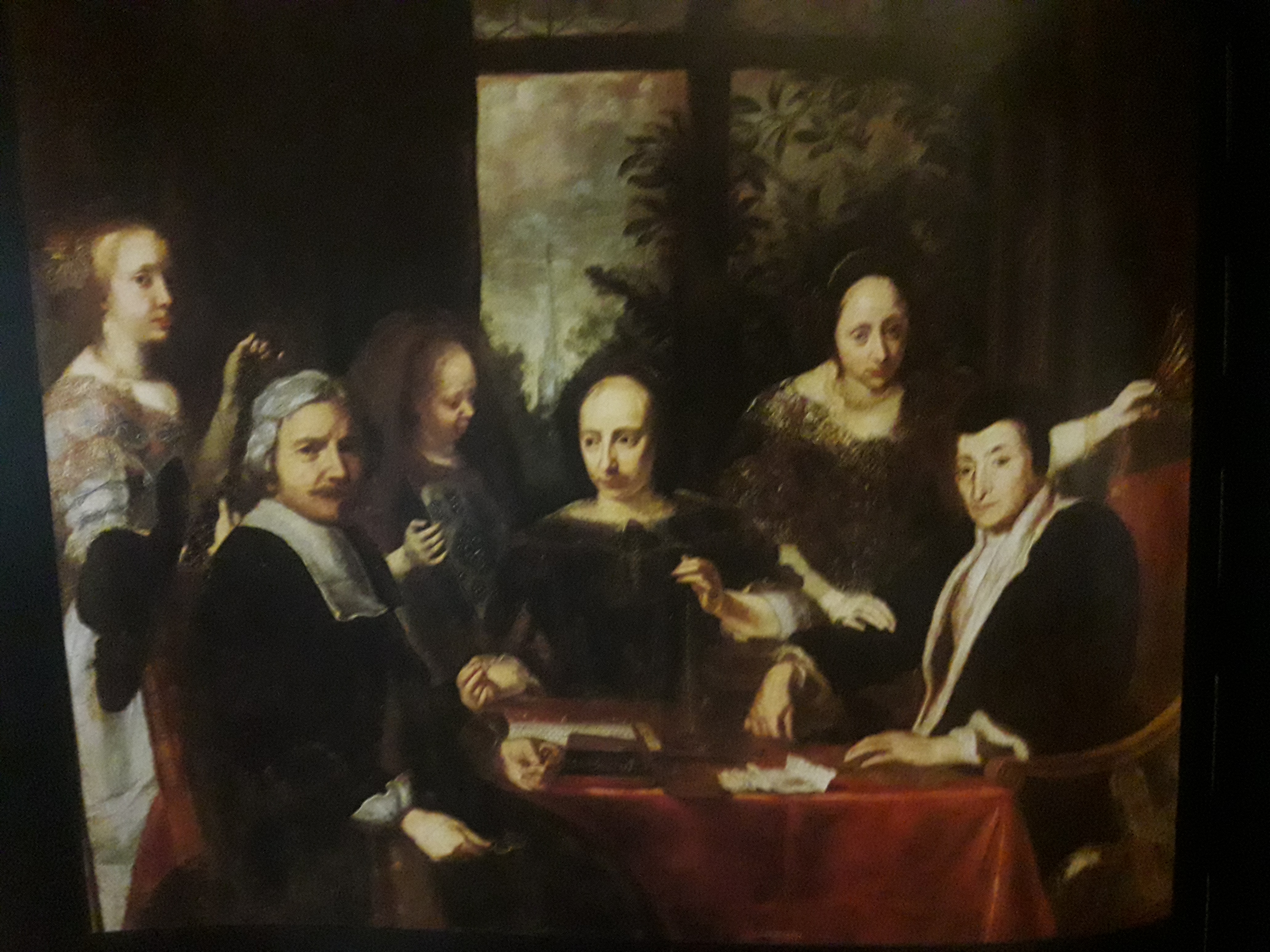 An allegory of Avarice

Six figures stand or sit around a table where coins, pearls and other jewels are arranged. The two figures to the left display more jewels, while the central figure at the table is stringing pearls. The older woman may represent Avarice while the lavish dress of the young woman may indicate vanity and excess. Only three works by this Flemish-born artist have been traced ( The Miser & The Antiquarian) and in all three the figures are seated at tables piled with precious objects and coins.

The sitter – possibly Susan, granddaughter of Sir Thomas Nott, Gentleman Usher of the Privy Chamber to Charles II – is depicted wearing a red dress and brown veil, and holding a book in her right hand. Brewer describes the sitter as a possible mistress of one of the dukes of Ormonde. The portrait also resembles that of Amelia of Nassau, wife of Thomas, Earl of Ossory, in similar costume, and may have been acquired for that reason. A signed portrait by Wissing of Mrs. Knott is in the Royal Collection, as is a portrait of Amelia. Millar dates the original portrait to ‘perhaps c. 1680-85’.

Bligh was MP for Trim (1709-13) and for Athboy (1713-21). His father, Thomas, had obtained large grants of land in Ireland under the Acts of Settlement 1668. He was created Baron Clifton of Rathmore, Co Meath in 1721 in consequence of his marriage in 1713 to Theodosia Hyde, suo jure Baroness Clifton, sister and heir of Edward, Lord Clifton, Viscount Cornbury. She was a wealthy heiress with royal connections.

Bligh is depicted wearing a buff-coloured coat with drapery. it was painted c.1723, as the coronet is that of a viscount.