My Leter to you upon saterday Last did I supose prepare you for what happened on sonday Last; which was My Lords dismiss from the goverment of Ireland, declarede by his Magestye; and the Lord Roberts Namede to suckside hime; with the Tytell of Lord Liftenant, I cannot as yet informe you of the sartane time when his Lordshipp willbee Ther; but soe soune as I doe know; you shall have spidie Nottis sent you, The mene time it willbee Nesesarye to gett Ether the Phenixe or Chapelizard House in a redenes for My Sonn ossory and as many of his Familie as the Plase hee Chusses Cane contane [/] the rest may Lodge in the Towne; and hee to kiepe but a private Table whilst hee is Ther, and soe dismiss as manye Sarvants of all kinds as may be sparede and give oppertunitie to have our Goods removede out of the Castell unto Dunmore at the Least such  soune that as will take upe the most Rome by resone That House is Emptie; and the best of the[m to] kilkenye; that Dublin Castell may bee the souner Clearede for the new Governer which will allsoe put our owne affares into a Good forwardnes, aganst I come my selfe which shallbee God willinge about the Midell of the Next Month, I doe beleve that what provistione of Cole Biere [hay] otes wine or the Like will possiblie bee bought by the Person employede by the New Governor For his uss, as allsoe the [Chairs] Bedstids for sarvants Tabells and such Loumber which it may not be amiss to Consider, and sett some vallew upon; all the Locks and keyes I likwise payede For, and perticularlie thous belonginge unto My Lords Closset and my owne Chamber with the Iorne Backes in the Severall Chimnyes, by the Next I shall posiblie know more and then you shall accordinglie heare Furthar From 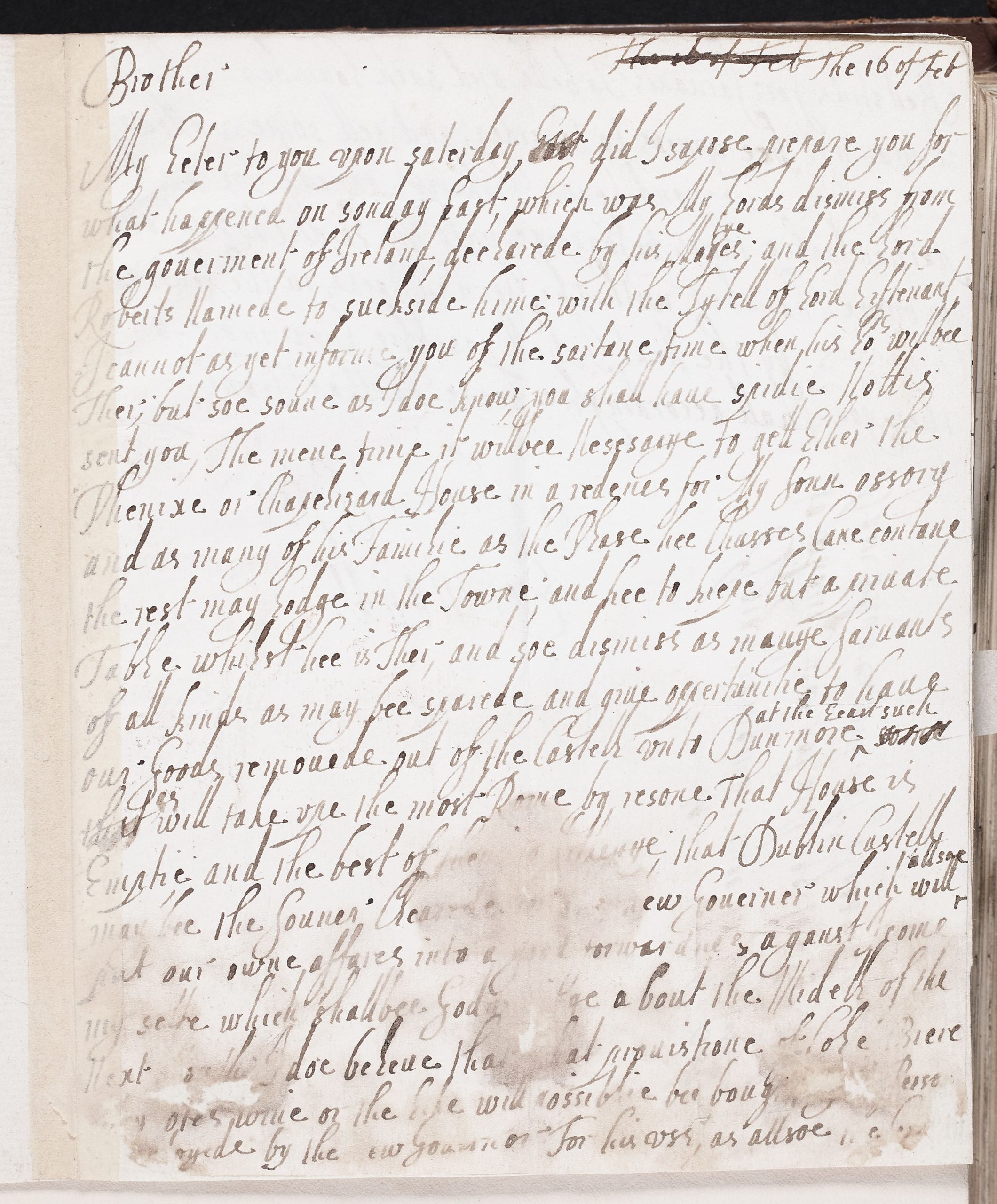 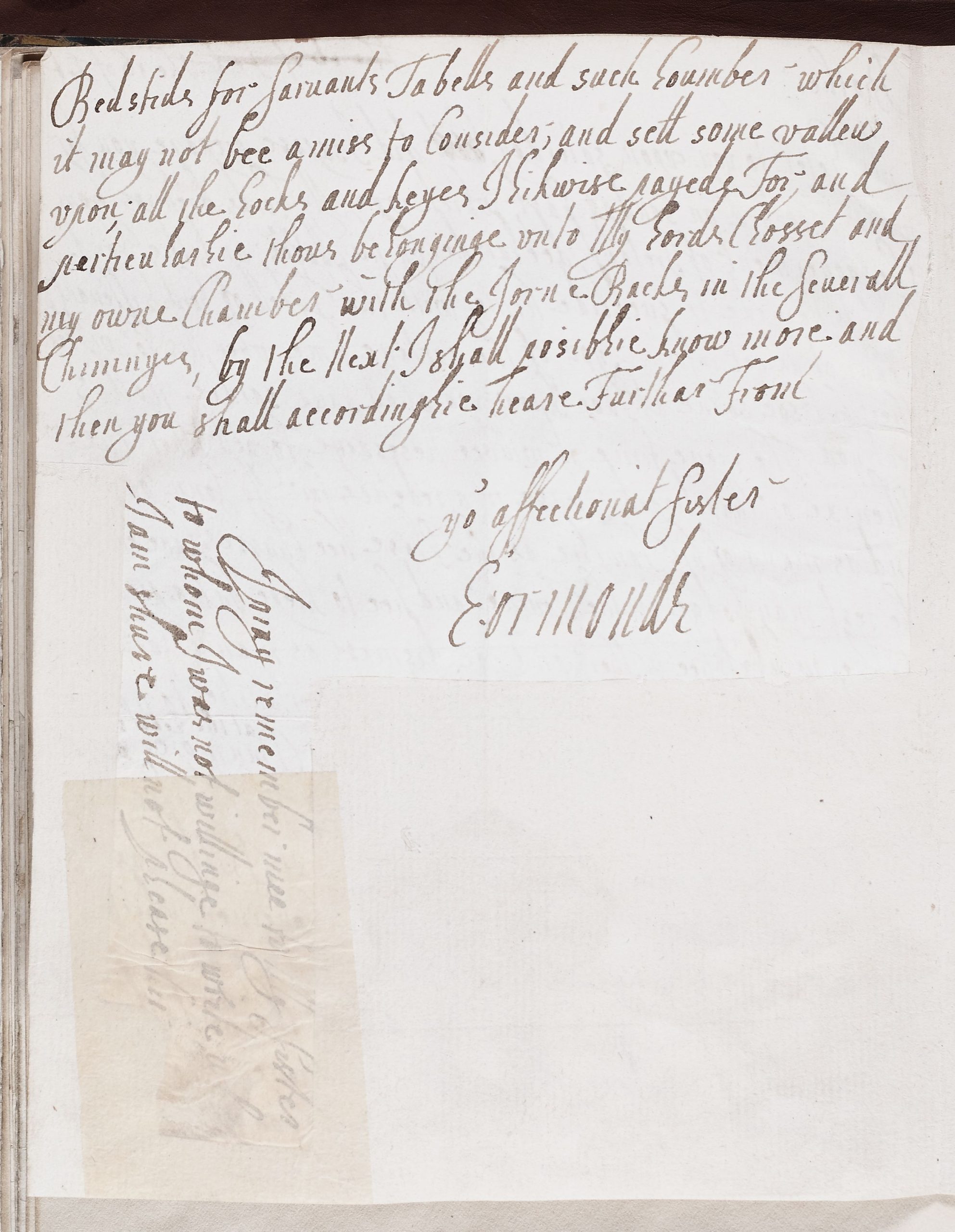 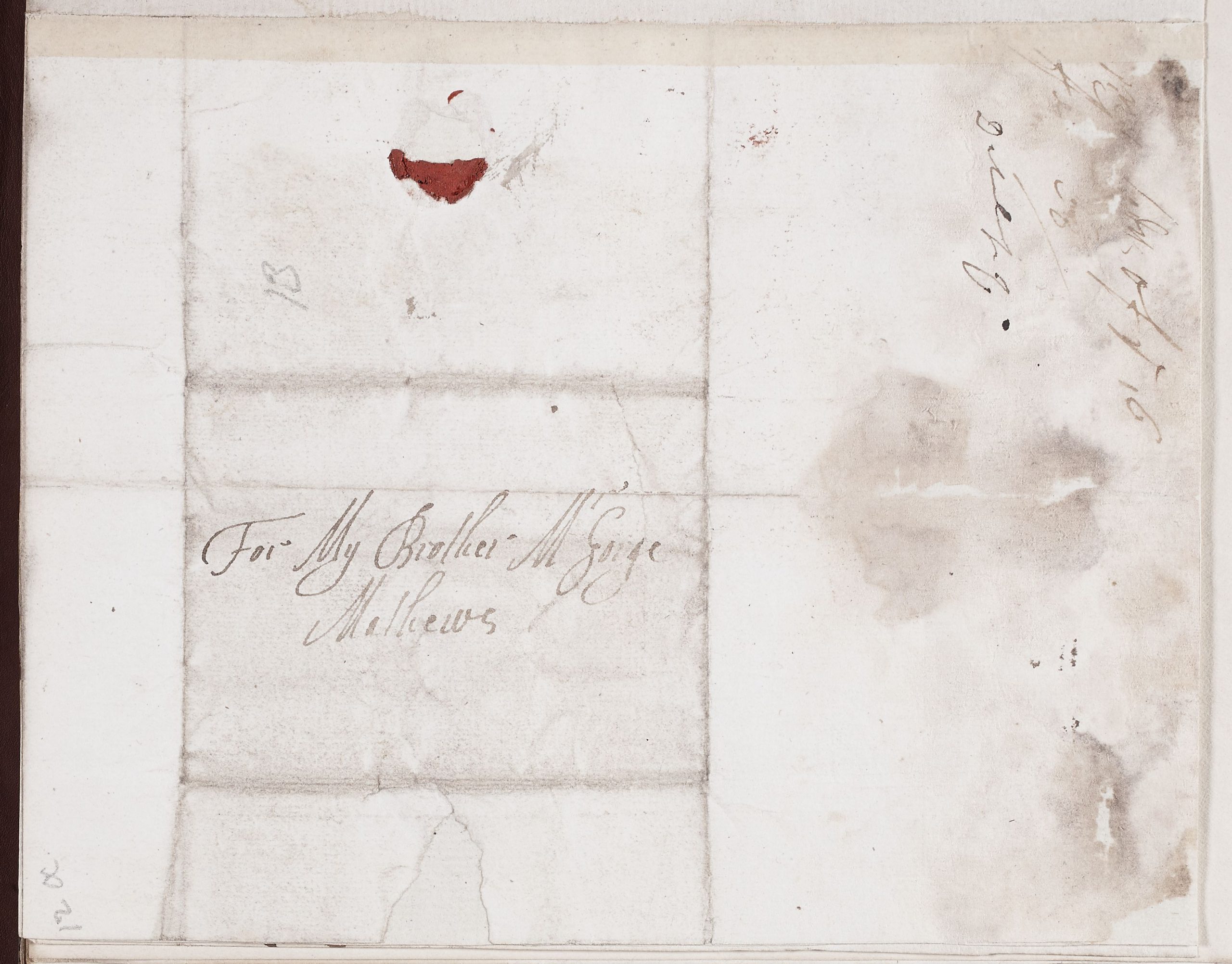 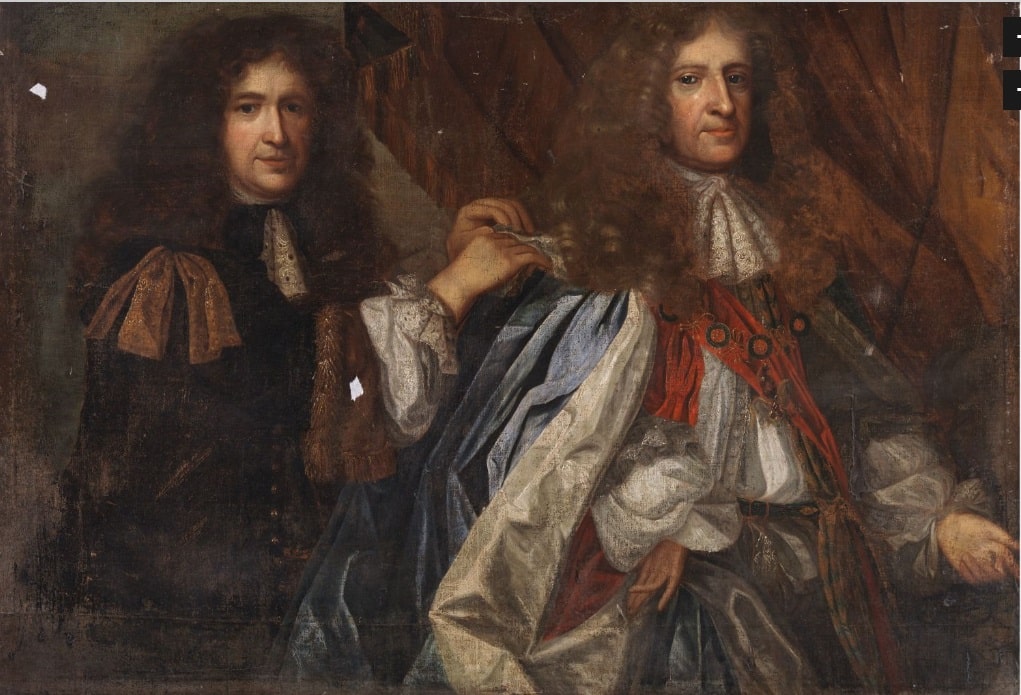 James Butler, 12th earl and 1st duke of Ormond was the eldest son of Thomas Butler, Viscount Thurles and his wife Elizabeth Poyntz. He became the direct heir to his grandfather at the age of 9 upon the death of his father in 1619. He married his cousin Elizabeth Preston on Christmas day 1629, reuniting the Ormond estate. At the restoration of the monarchy, James was elevated to a dukedom. He died in 1688, predeceaded by all his sons, he was succeeded by his grandson, James, son of Thomas, earl of Ossory.

James 1st Duke and his valet.

From 1204 to 1922, Dublin Castle served principally as a residence for the British monarch’s Irish representative, the Viceroy of Ireland or Lord Lieutenant of Ireland. James Butler, 1st duke of ormond was appointed Lord Lieutenant on three occasions in 1662, 1677 & 1684.

Courtesy of the Office of Public Works, Dublin Castle

This letter, written as she was about to leave the role of Irish vicereine, sheds light on the duchess of Ormonde’s understanding of the position.

The duke of Ormonde’s dismissal in early 1669 was an ignominious end to his second term as viceroy. Letters written by his wife in the immediate aftermath offer valuable evidence of her understanding of the role and responsibilities of the viceroy’s wife. For her, the primary role of the vicereine was to support her husband and help uphold his political position. The duchess saw the viceroyalty as the most powerful political position in Ireland – and her husband uniquely suited to the role.

The duchess believed the vicereine was responsible for maintaining the honour, and appearance of honour, of the family. In her own espousal of the role, she took it upon herself to safeguard the family’s honourable reputation by overseeing the well-ordered households of her family. This work was supported by a financial resilience that was reflected in the careful management of debt and credit, and which in turn funded the maintenance of the magnificence and splendour needed to sustain the position.

When the duke lost the viceroyalty, it was the duchess who oversaw the family’s withdrawal from Dublin Castle, which largely involved the discreet retrenchment of the family and the ordered removal of their property from Dublin to Kilkenny. As she facilitated this return to Kilkenny Castle from the viceregal properties, she ensured that the family retained some influence in Dublin by making friends with the incoming viceroy and his wife and helping to ease their move to Ireland by giving them practical support and introducing them to their social network. But the duchess also tried to strengthen her own family’s position in Ireland by consolidating their local power base in Kilkenny.

Overall, her letters reveal that the duchess understood the role of vicereine as a distinctly gendered one in which she supported her husband’s political career by helping to maintain the honour, influence, and resilience of the family.

The ‘sister’ that is mentioned in the postscript of the letter is her new sister-in-law, Elizabeth’s old friend Anne Hume, who had recently married the duke’s half-brother, Captain George Mathew, the couple’s estate manager, and the recipient of this letter.